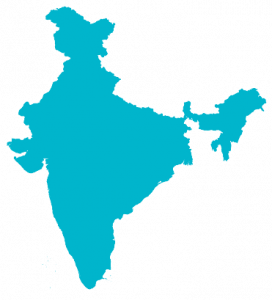 With the ambition to scale Khaloom’s hand weaving unit to 11,000 meters per month and set up production on auto looms of 72,000 meters per month, we can provide brands on a global level with the opportunity to change waste into a resource & facilitate a hopeful future to workers in their product chain.

Two birds with one stone

Of all clothing produced worldwide, 40% is thrown away: Textile waste occupies nearly 5% of all landfill space. But this way textile waste is literally wasted. Enviu and partners saw an opportunity to come up with a business case for large-scale recycling of textile waste into apparel-grade fabrics via handcrafting. And we did. In 2015 the concept of Khaloom was born.

India is the second largest producer of textiles worldwide. It is therefor no surprise that the textile industry is a cornerstone of the Indian economy. Handloom plays a big role in the industry and is a national pride. However, mechanization of the economy has taken its toll as there are only 2.38 million handlooms left opposed to double the amount of weavers. Of the 4.3 million handloom workers, 57% have leveled below the poverty line, and 80% are in debt. Khaloom doesn’t only save textile from being wasted, but also creates employment for local artisans.

Get in touch with

We would love to hear from you! Please fill out this form and we will get in touch with you shortly.