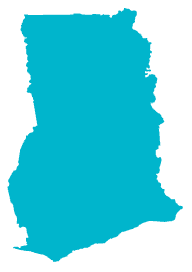 Worldwide there lies a grand opportunity of increasing accessibility to micropension products. Globally 1.8 billion people are working in the informal sector. All with limited access to pension products. And in 2050 nearly one in five people in developing countries will be over 60, needing financial security.

In Ghana approximately 80% of the population works in the informal sector. Without an employer or registration of income, they do not build up any form of pension. That means 10 million people are not prepared for their retirement. In the next 40 years the share of Ghanaians over 60 years old will double from 7% to 15%. Even more people will fall in the gap.

Enviu has already run feasibility studies and pilots in India to replicate the model of People’s Pension Trust globally. Other African countries are next on the list.

This is possible because Enviu set up People’s Pension Holding. Activities such as human resources, marketing, and sales are divided between the holding company and the venture. A holding company functions as an umbrella under which new ventures are developed without distracting the entrepreneurial team, but building on their experiences

Get in touch with

We would love to hear from you! Please fill out this form and we will get in touch with you shortly.